Kinduct has exited and have done so in a significant way too, in fact the largest exit for a sports technology company in Canada.

In September, the Halifax, Nova Scotia based athlete management company sold to Silicon Valley headquartered sensor technology company mCube and are moving into the next phase of their journey with a partner to help each other grow their global footprint in human performance and scale the company into healthcare and digital health spaces.

A ten-year journey has ended in one respect and another one has begun. So in this conversation we talked to Kinduct’s CEO Travis McDonough to look back on the journey and we discussed his philosophies, values and leadership style as the company enters a new phase.

It’s an ending and a new beginning, if you will.

Travis McDonough: “It’s literally like a new season is beginning but it certainly feels good to sit in front of that cup for a couple of days.”

And to do it with the team you’ve built over the years. So how validating is to exit at the level you have, with the team and the location. I’m sure a lot of the team has gone through the good and bad times with you, so there’s a bit of personal validation as well?

TM: “Hundred percent. I mean this feels like not only that you’ve won a championship that you’ve spent over 10 years trying to accomplish, way more important than that is it feels like we did it with close friends who were with you through the ups and downs. So it just tastes that much better. In particular, because a lot of the time during that journey you’re flying pretty close to the sun and every sports tech company, whether they’ll say it or not has lots of risk and exposure.

“To get over the end zone and to be able to celebrate with people that you love, who have experienced the highs and lows really is a very satisfying thing.”

How does Kinduct’s acquisition take the company to the next level? Or into a new season, if you will, because motion sensor hardware combined with software is now taking you to performance spaces and digital health spaces.

TM: “The first thing is that as a CEO and leader you have to know when you need to bring someone else in, almost like you feel like you’ve taught as much as you can teach and it becomes a disservice to the organisation to not have someone else who’s got more experience to lead the team to the next level.

“The one thing we identified was that the individual who’s leading mCube (Ben Lee – mCube’s CEO) has a lot of institutional pedigree and experience building companies, and he’s a great teacher. You learn a lot about someone when you go through a very tough negotiation. So I think that the people and experience side of things was a big part of the reason why we felt it was the right fit. Secondly, they have international and global reach with offices in India, Taiwan, China, the Netherlands, as well as the United States. The third thing is having the ability for us to have custom built hardware, data brought into our platform for ingestion as well as having devices and sensors that could speak to the different markets that we’re in and it becomes a very holistic offering that is compelling to the marketplace.”

TM: “I don’t know whether there’s ever a perfect time but through getting to know mCube, it really felt like they were honourable, they cared, knew how to make things happen. I learned a lot from them even during the early negotiations.

“For us at Kinduct, I think it’s important for us to get a chance at winning so everyone across our organisation realises, ‘hey we are among the best in the world at what we do.’ This is validation, and to be able to have that championship ring creates the championship mindset. Everyone’s now invigorated, going forward with confidence, not with a blind swagger, but confident that we can accomplish these things together.” You’ve come full circle, starting in healthcare a decade ago to now where you are in position to be in the digital health space.

TM: “It’s so true, man, we have literally done a full circle.

“We started in the medical content space, publishing lab programs, we did medical animation videos for one and then realised you can’t push content without something customised that resonated with an individual. Around that time, I think we recognised a few things. One was that going into the healthcare space is like going to war with a butter knife, you’re competing against multibillion dollar companies and we realised that was a fight that we couldn’t win.

“With the fact that there was an explosion of data and analytics sources plus devices and wearables we chose to pivot from being a content company to then being an ingestion entity, that allowed teams and individuals to analyse and visualise all data from multiple sources. Then they could look at trends, they could aggregate it and kind of rank, compare and contrast one athlete against the other. When all the data is in one location it can be visualised, aggregated and used as a tool to determine patterns, trends and correlations which ultimately puts out content that can be used for training and rehabilitation. So it’s been a circuitous journey to get it back to where we were.

“Sports and the sports industry has been the petri dish to allow us to figure out all these discoveries and work through the processing.”

Look what’s behind you, what a sandbox, all of these renowned clubs and franchises. What a way to validate your vision in sport before expanding outwards.

TM: “It really has been. We’re thankful for that, sport is always looking for a competitive advantage, they’re willing to lean in and embrace something that might make a difference.”

As Kinduct accelerates its international presence, so not to be too glib about it, it’s very North American focussed in some respects.

TM: “We have really focussed in on trying to put the North American market on lock, build market share here and gain the experience of working in different sports. In North America, you really need to work with your partners first to teach you a lot of what they require, what the product needs to do. To be on location with boots on the ground knowledge. The same for mCube, they understand the nooks and crannies of the respective geographical locations they operate in. Whether that’s China, Japan or India, having offices there is paramount for future success.”

How do you describe your leadership style?

Do you ever reflect on your style of leadership?

TM: “I’ve never been good at making the distinction between worker, co-worker and friend. In the office it really felt like a family. And, you know, that might sound cheesy, but that’s the truth.”

As you’ve completed an exit, how do you reset your own personal and team goals?

“I love that and we’ve really emphasised that as an organisation we’re really good at customer service and innovation. But I think going to the next level, there comes a point where you say, ‘is it most important that we know what we know or is it what we don’t know.’

“There’s a lot we don’t know and there’s a lot that mCube can teach us, and so we go with a recognition that there’s an element of business, tact and feeling that you don’t know enough. It’s a totally new field and a great opportunity to reset a lot of our individual and company goals.”

It’s your elevation to the major leagues, you’re not Triple A anymore. Just finally, does Nova Scotia have that advantage of isolation from the major hubs and cities?

TM: “I think there is a lot of advantages to come from a place where you feel incredibly passionate about and sort of grew up a little bit, you don’t necessarily have a chip on your shoulder but from day one, a lot of what our inner thoughts were that we’re building this for more than just the company, we’re doing it for the people of the region. To know they don’t have to leave and that there is a local company that can target all four corners of the globe. It’s been a desire and a privilege to represent the region.” 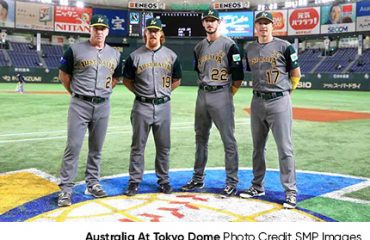 Cam Vale Steps up to Bat 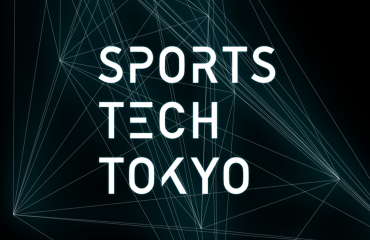 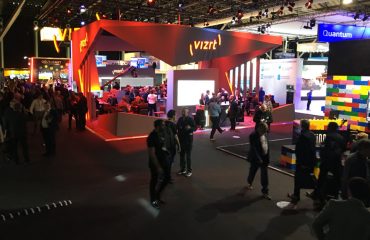 On the Cutting Edge of Virtual Ads and Production with Vizrt