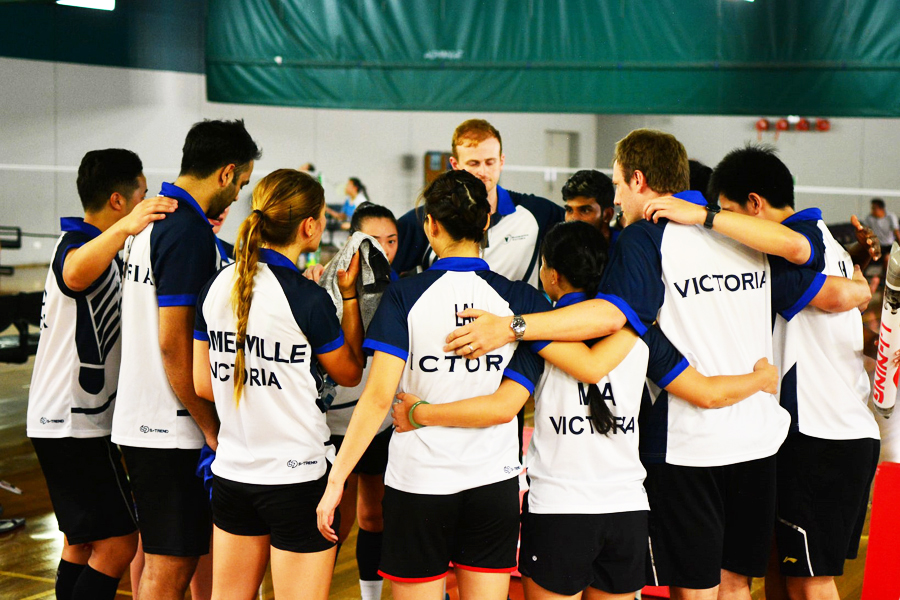 Outsized social media growth by sports often aren’t due to reasons you might expect. Case in point is Badminton Victoria who have focussed on structural changes with associated updates to systems and processes to generate exceptional Facebook audience results in 2017.

Shunt Creative sat down with Badminton Victoria’s State Director Craig Haydock and Tournament & Events Manager Olivia Na to talk about how the state body has transformed their staffing strategies and with that, evolved their engagement with key target markets.

As Haydock discusses, the decision to assign portfolios for each staffer meant Badminton Victoria were able to target what the organisation needed to service the sport and its members. By setting clear and definable roles Badminton Victoria was able to create much needed internal efficiencies. 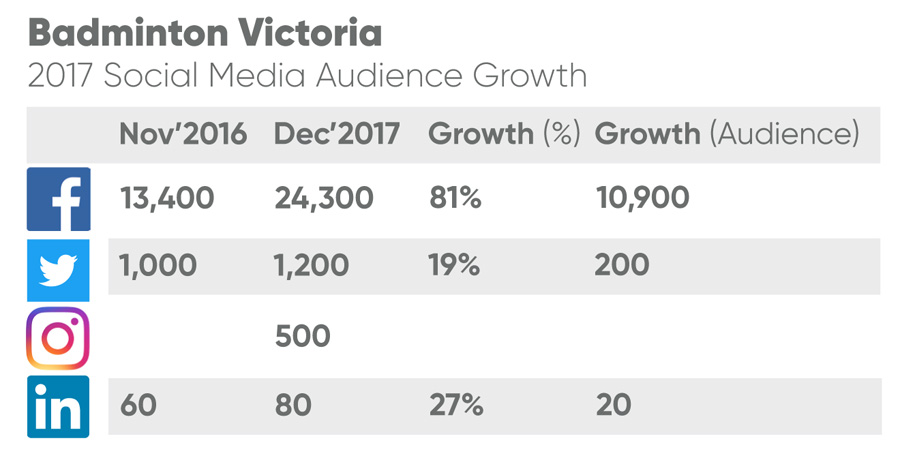 With a clear social media and communications strategy in place, the organisations performance on social media has exploded.

S: You said that you have done this organically, so how did you achieve this? How did you almost double your Facebook followers since the start of the year?

CH: “I think it’s important to take a look back to where we’ve been to where we are now. To give you some context, I’ve been in the role since early 2016, Olivia (Na) started in January. When I started our website wasn’t up to date and we weren’t effectively using our social media but I put that down to a lack of effective use of human resources.

“There was only three of us and the person who did do social media had too many tasks to cover. In small sports with a small budget we try and be all things to all people and we don’t dedicate time effectively to specific portfolios.

“The board endorsed a proposal that I put forward that we have portfolios that cover key pillars of the state sporting body and then what I would call subsequent portfolios that are important to the industry. Portfolios pillars are member services and participation which is our government funded programs, along with finance, marketing, sponsorship and we also created one for social media and IT.

“Having portfolios and not pigeonholing people meant we were able to employ the right people and give them portfolios that matched our needs. Olivia has been a badminton player in the past so we have the perfect combination of badminton, social media and IT nous.

“Combined with this is our membership and in-house affiliation model where we’ve increased our registered number of participants. In 2015, we had about 3,500 registered members (it’s now increased to over 6,500), we then effectively threw open the gates by changing our membership model to a flat fee per member, club or association. Our registration grew and more clubs came on board as a result.

“Olivia’s done a wonderful job in making our content relevant, modern and visually interesting. The key is having people to dedicate their time to making sure our platforms and content is up to date and looks good.

“I have no doubt that badminton is very popular with our multicultural communities. Our data from Facebook shows that our followers come from a range of countries and nationalities and the positive impact on the Australian market has been huge.

“I take great pleasure in knowing we have more sponsors and more followers than the national body and Badminton Oceania. I want to help create an even bigger following but obviously the challenge for me now is how do I make it commercially viable.”

S: So just to confirm you’ve done no Facebook advertising at all?

S: Wow! Approximately how long are you spending each week in this space in order to be able to achieve this? How many hats are you wearing Olivia?

ON: “I’m looking after two portfolios the majority of the time, events and social media.”

S: As a percentage, how much of your time are you spending on social media?

ON: “It varies depending on whether we’re building up to events. If there’s no events then I’ve got time to dedicate to website development, social media and content work. The workload balance is adjusted around peak event periods.” 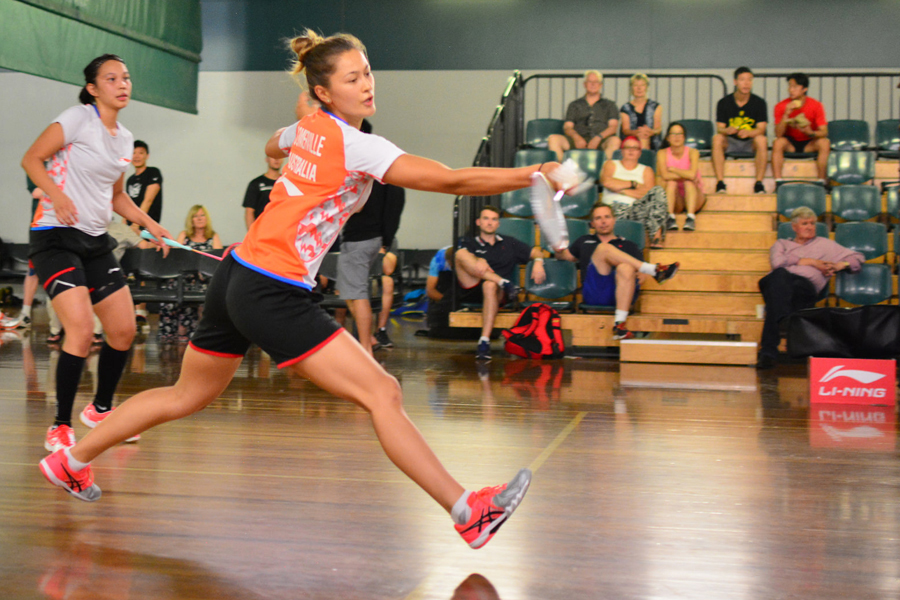 S: Are you the only one doing it or is it spread out between all of you?

CH: “We’ve made sure it gets filtered through one person. Last year we had too many people posting too many things. That had to change because there was no consistent message, no consistent feel.

“The board has been encouraged to offer ideas but to leave the primary responsibility for posting to the management team. When we have state carnivals and we have Victorian teams travelling interstate with team managers in place, we give them the authority to post on our behalf. To get that live, spontaneous feel we’re happy for certain badminton community members, board members or team managers to post on our behalf.

“I think the growth of our social media channels has been due in part to reaching-out to our affiliate bodies to ask, ‘have you got your own social media?’ In order for us as the state body to help with customer service, the more they can post, the more we can share and we can collectively build relevant content together.

“It works both ways, we hope that they share our content as well. So not only do we work with our affiliates to try to get them to be more social media savvy which can be a challenge for older volunteers, but we’re actively trying to encourage that. The next phase in cross-promotion is working with our Victorian high-performance players who have built up their own followings.

“Right now, I feel we don’t do a very good job at promoting their posts and there’s definitely more they can do. It’s a natural part of our evolution and I think we’re learning to be a bit savvier in how we promote ourselves and understanding just what our reach could potentially be.”

S: One of the conversations we have with a lot of sports now is around voice and tone. Have you established a particular voice and tone for Badminton Victoria and following on from that, do you experiment much or have you hit a particular groove with your messaging that works?

ON: “I think because I’ve been a part of the badminton community for many years it’s kind of natural for me. If I had to define it, it’s friendly but not over-the-top casual and making sure you’re not really talking down to your audience.”

S: From a visual point of view have you got any thoughts and theories about what works and what doesn’t?

ON: “Previously the content was overly information based. When I came on board I really wanted to highlight more community based stories and storytelling, even if it’s a small profile on an athlete, a club or a snapshot of the programs we’re running in the community. The board does look forward to seeing more stories of what we’re doing in the community and not just elite athletes. I feel those sorts of stories resonate quite well.”

S: Have you got a mix you work to in terms of how much is Victorian specific content versus national or international news?

ON: “It varies so much. For example, if there’s an international event and we know that we’ve got a lot of Victorian players or people involved that is something we promote.

“In terms of sharing from other national bodies, it really is a mixture of whatever content is out there.”

S: Has there been any content or posts in the last six to 12 months that have gone viral?

CH: “Probably not from a Badminton Victoria point of view. A great example is we had a player (Sawan Serasinghe) at the Olympic Games and after he finished a match he posted a photo on his Instagram account of himself with a pile of food from McDonalds and said, ‘I’m going to give this a crack.’ Well it went viral, ESPN and everyone picked it up.

Wow what a week it has been in Rio! Have to say I am disappointed about the match today. We definitely had a good chance…

“And I’m thinking what was special about that post? No doubt it was handy having him with his shirt off showing off his six-pack, but there was something about it that just went viral. You can think too much about trying to create the next big hit but maybe you should just let it happen.

“Other than that we’ve had nothing go viral by definition but we’ve definitely had growth spurts.

“We had the Sudirman Cup on the Gold Coast, and I really wanted to have Badminton Victoria seen as the go-to source for results. A lot of Victorians make up the Australian team so we’ve got a vested interest in the national squad and highlighting how our state fared. We had strong growth through that period because people were connecting with us from around the country to get updates on the Sudirman Cup.

“It’s certainly a challenge that I throw down to all other Australian states and the national body to keep up with us. I want that competition as well. We won’t sit on our laurels, we’ll always try to be the loudest voice for our sport.

“I think the next step in our social media journey is creating 30 to 45 second vignettes, not a traditional one person on a microphone and talking for 45 seconds but promoting individuals. By doing that, I hope that it will encourage other people to get involved in the sport from a player, court official, coach or administrator point of view.” 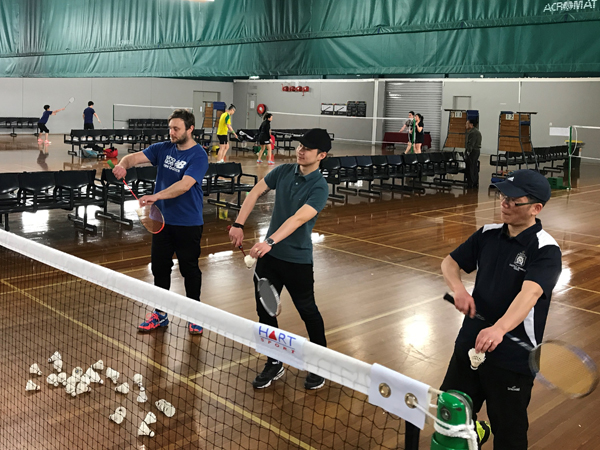 S: A common issue for CEO’s of smaller sports is the somewhat hesitant approach boards take to marketing and communications. It sounds like your board is fairly progressive despite some stereotypical notions of Badminton possibly not being upto the challenge in what can be a notoriously difficult space to navigate.

CH: “As we are a small sport it’s difficult to break this perception. Yet sometimes I think our focus should be based on an ambition to become a major player in sport. Let’s not be constrained by any preconceived ideas, history or prevailing culture within Badminton.

“I’ve got board members who are supportive about not comparing ourselves to other minor sports in the state but looking at that next tier and asking, ‘how do we match them, how do we become a  swimming or a hockey?’

“We’re very fortunate we’ve got a sport that is very popular. The player and participation rates are through the roof, and like I said, the multiculturalism angle helps us big time, in particular the Asian market. Our challenge now is converting casual players into long-term members.

“We are conservative to a point with the governance and the protection of the sport but when it comes to moving with the times the board from their own commercial and business backgrounds understand where we’re going and the need to progress.”

S: We don’t often hear this from smaller sports. Your boards position on commercialization is very encouraging.

CH: “I think they’re very protective of the sport as a pure sport. It’s like cricket, the five-day test match and the sacredness of it but then it’s being able to switch the format to 1-day 50 overs and 20/20 versions of the game and adapt. Or the football codes who have tweaked their sport for increased participation to adapt to what the market needs, badminton also needs to look at that as well.

“How do we make the sport visually more spectator friendly? How do we get people to play it? The board is open to ideas, I think there’s still a place for the traditional side of things as there always is but how do we make it more user-friendly and more appealing to people who want to play just for the fun of it.” 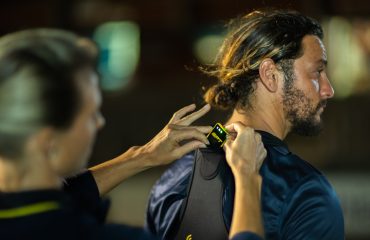 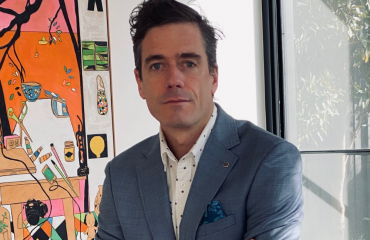 In Conversation with ECAL’s Patrick Barrett 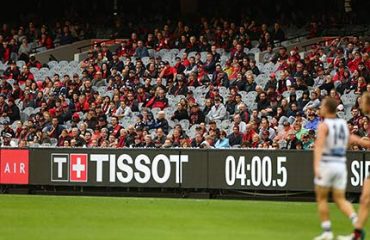