Powered by a fast, easy to use scoring module, grassroots cricket app CricHeroes plans to be the central social network for cricket players and fans alike.

The Ahmedabad-based startup allows amateur cricketers to live score their matches while any person can track a match on CricHeroes live, ball to ball, like an international match.

Though scoring matches is central to the company’s platform, the app builds out to a network where a user can follow teams and players, find matches, share results, read news and watch videos.

With a user base of 1.3 million players their mission is to build the liveliest cricketing community in India and abroad.

We spoke to the 2018 Indian Game Changers Winner Abhishek Desai from CricHeroes.

The big problem you’re solving appears to be access to a tech platform for grassroots players. But what insights can you give into the tech problems you’re solving with CricHeroes?

Abhishek Desai: “There were a few big problems we wanted to solve and they all were interconnected. One was we wanted to bridge the gap between international cricketers and amateur cricketers through technology because we believe all cricketers play the game with equal, and if not, more passion and they should have access to technology, which not only enables and empowers them but also gives them recognition which is missing from this level of play.

“Another thing we wanted to solve was to help cricketers improve.”

It’s a completely positive attitude where if you can keep helping and lifting people’s skills and enjoyment of cricket means it’s always beneficial.

AD: “Absolutely and thing is many of these players are going to play for their districts and states, a decent level. If the game improves at grassroots level, the overall quality improves.”

How many betas did you develop before CricHeroes went live?

AD: “We started developing the first version of the app in June 2016 and in October 2016 we launched the first beta version, a closed beta, and we started scoring live matches with that version. At that time there was no website or user interface for normal users, it was just a scoring module that only we had access to.

“The product went through hundreds of iterations to where it is right now but the initial idea was to make a rock solid scoring module because everything else depends on it.

“We wanted it to be extremely easy to use for everyday cricketers and non-professional scorers. If it can be easy for cricketers, we were sure that scorers would use it too.”

What did you learn about user feedback and understanding user experience as you’re developing CricHeroes’ app and platform?

AD: “The good thing about any consumer product is if it is solving at least one pain point in a better way 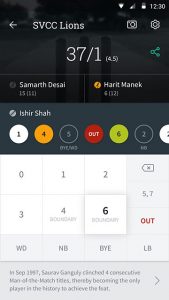 than the competition you start getting lots of feedback from users immediately.

“I’ll give you an example, we scored this one match in a closed beta and then we quietly launched the product in the app store without any marketing. One day we realised that someone had downloaded the app and started scoring matches at a tournament on their own.

“At first, we wanted to solve the individual, weekend matches but we then realised that the tournament and league market is far bigger than individual matches. We changed the product roadmap and started focusing more on the tournament side.

“If you keep a tab on what your users are doing with your product you’ll begin to move in the right direction.”

With a high, current user base what is the rate of growth you’re experiencing right now?

AD: “Last week we added over 31,000 players on the platform, the previous week it was around 29,000. Every week we’re adding more players and that’s because cricket season is starting now in India and will continue until around mid-June.

“The rate of growth is fantastic but what pleases me is that it’s organic and been driven by word of mouth.”

When I think of your potential market it’s a very basic pyramid I break into three parts. A small market at the peak for the elite, slightly bigger market for semi-professional then the largest piece is the community and grassroots players. Is the grassroots your biggest potential market?

AD: “Absolutely. We started at the grassroots level but soon after we started onboarding cricket associations in India, semi-professional cricketers who could play for their state or even for India tomorrow.

With the types of features and uses of the app it’s broad in appeal. As you’ve got strong user growth, what other potential areas or markets are you looking to grow into?

AD: “Right now we’re focused on the Indian market because we haven’t even scratched the surface here. With the number of cricketers and cricket fans in the country we haven’t even covered one percent of it.

“The thing is we don’t want to limit ourselves to hardcore cricketers even though they’re our core user base. Eventually the platform has to expand to cricket fans and enthusiasts who don’t necessarily play cricket but follow the sport passionately.”

I’ve noticed that there is news, content, those features that has the added user appeal.

AD: “Absolutely. The appeal is to people who played at some point in time, have stopped but they still love the sport.”

Is it easy for your business to be agile enough to respond to user feedback?

AD: “We take pride in saying that we’re an absolutely consumer-focused company. We make sure queries get resolved which comes from a number of sources. We want to reply and respond to requests and reviews.

“On the Google Play Store we have about 3,000 reviews and over 9,400 ratings. Each and every one of those reviews has been personally replied by me.”

It’s an amazing customer focus and to have that focus means they’re the ones that will make purchases, upgrade to premium features.

AD: “Absolutely, absolutely! And the thing is the concept is new, so users will have genuine questions and genuine feedback about how to improve the app further. From all angles it’s absolutely necessary to listen to what they’re saying.” 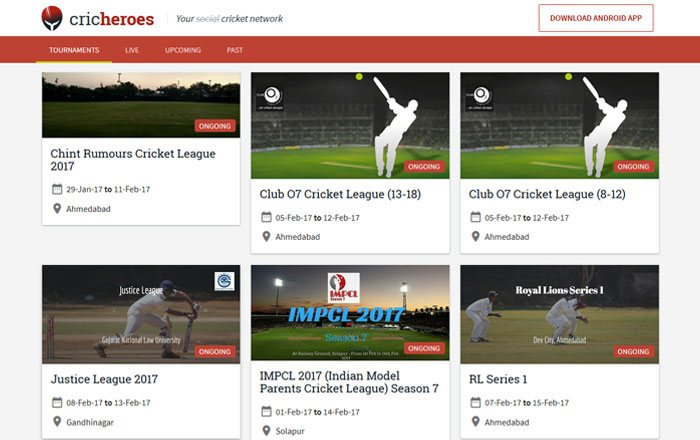 Is there anything that could disrupt your business growth?

AD: “We have to make sure the scoring module is absolutely stable. If you can’t score a match it’s not like anyone will die but at the same time people do take it very seriously. If the scoring doesn’t work, it can interfere with the match, which will disappoint a lot of people and we can’t afford to do that because our entire premise is based on a delightful scoring experience.

“The first challenge is to make sure that the scoring works all year round but especially on weekends. Another one is when we add features in our app we have to make sure it doesn’t break the existing features and at the same time it keeps delighting users. Our user base is multilingual and may not necessarily speak English, so we have to design our app in such a way that even though they may not understand too much English, they’re still able to navigate the app and use a majority of our features.”

Is the app currently in languages other than English?

AD: “Eventually the entire app will be multilingual but right now we’ve translated some of the pages into Hindi. The pages where there is more text have been converted to Hindi and users have the option of switching to it.”

I’m sure it’s another interesting test of how much you understand the uptake of any languages other than English.

AD: “Multilingual platforms are increasing very quickly in India. There are apps growing fast every single day specifically dealing with multilingual content, and not in English. For us we cannot afford to ignore that.”

Let’s look ahead in the next 12 months, what milestones do you wish to reach?

“We’d like people to meaningfully engage in the app. Currently, engagement time is 12 to 13 minutes and we want people to engage with the app, not because we’d get the benefit, but by engaging with the app hopefully they will become better cricketers and have better knowledge of the game.” 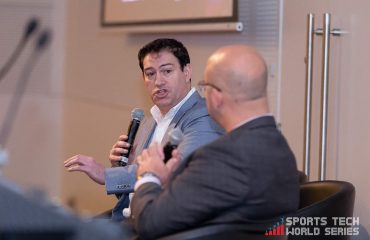 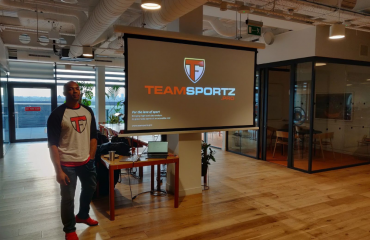 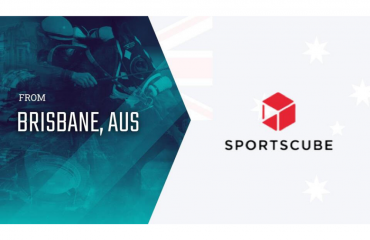