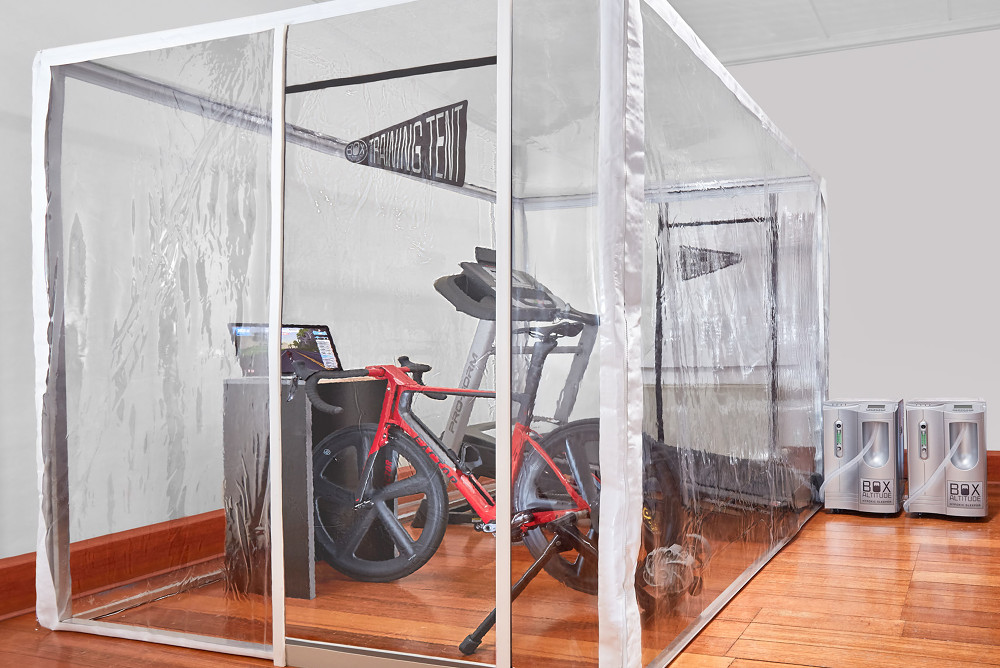 His company has developed a range of efficient altitude training and sleeping products that can be installed into homes, bedrooms and gyms.

In this interview, Rogers talks about the adoption of altitude training, its legal advantages and why sleeping at altitude is so vital for performance.

First question, obviously there is a strong connection between your former cycling career and Box Altitude – how long were you sitting on the idea for and how long did it take you to get to market?

Rico Rogers: “We started the initial company in 2012 and the blueprint for that was for people to train at altitude. Which was fine, but because of my sporting background I’ve always realised the true benefits are in sleeping at altitude. The problem with sleeping at altitude was that it was loud, hot and uncomfortable. Existing altitude tests were cumbersome and it was just not a very attractive proposition to be using them. That’s why I started with a simple canopy style tent. What that allowed you to do was to regenerate your own body temperature by not having your entire body in the tent, it’s more comfortable and a cost-effective solution. Then through the progression of the business we looked into bigger tents. In the end we made a bit of a breakthrough with costing, so that allowed us to bring the cost right back for these rooms and make them silent.

“In our initial run of them you couldn’t hear anything, the only reason you’d know it was going to altitude was by looking at the oxygen meters. Through that, not long into the process of developing our altitude tents, I did a study with our tents versus everyone else’s to find out if ours were more comfortable. We found that through using a very simple sleep tracker we were able to find that we were sleeping longer and deeper. We used that same sleep tracker with our bedroom systems and through being able to log and track it through the app, we’ve been able to identify that there are certain areas or certain oxygen concentrations and altitudes that people sleep better than you would at sea level.

“The rooms are actually amazing, it is actually like sleeping in the next generation of bedrooms. It’s clever in my opinion, though I’m probably pretty biased!”

You’ve developed an app with your core products that monitors people’s sleep patterns, why was it developed?

The possibilities for athletes to track sleep in their training routine is enormous, what about the average person?

Do you feel you have a competitive advantage over any current or potential competitors? If you do, what is it?

RR: “We are the only ones in the space doing this for a start. I have studied in depth on altitude which has been pretty interesting and helpful. On top of that, I’ve researched a significant number of studies about how to sleep better.

“Other companies in the market that are focused on gyms and are focused on it for the wrong reasons. They have been pushing these rooms out to about 5,000 metres and it’s just, from a sports science background, doesn’t make any sense. At 5,000 metres your body will actually start to store carbohydrates rather than burn them.”

What about validation of your research. Has there been any researchers or institutions that have done that?

How many nights or hours sleeping is optimal in order to have any noticeable benefit?

RR: “It’s about thirty hours. Within the 30 hour mark, your body will process more oxygen. What happens in that first chunk of time your anaerobic threshold bounces up around 4 per cent. After that your body starts to have a blood change, your parameters and your blood start to change and adapt after that. Which is all pretty well catalogued research. There have been acclimatisation studies with people spending time at 3,000 metres and people say that’s the golden space to be at. The research discusses about 100 hours at 3,000 metres but for a lot of athletes and normal people it’s not a lot of oxygen and it’s not a lot of oxygen to sleep comfortably at. What we have done and continue to do is encourage people to go up periodically to adjust slowly so that they don’t have those uncomfortable night’s sleep and then to come out and rest every now and then. By pairing it up with sleep tracking, you know if your heart rate is increasing by five or 10 per cent or more so it’s easier to monitor and get a picture of what people are doing when they are asleep.”

Being a Melbourne based business, do you engage with clubs or athletes outside of endurance sports?

RR: “I would have thought someone like Usain Bolt would have benefitted from altitude as well. Even with what I’ve tracked with my own power output, you seem to have a bump in your maximum power output if you do lots of altitude training but I don’t really know or understand why that would be.”

RR: “There are quite a few studies out there that will prove all of the altitude stuff with athletes. We’re not inventing too much, but what we are doing is making it sustainable so you don’t feel like you need to do altitude training 30 or 60 days before your event. What we’re doing is making sure that it’s sustainable throughout the entire year. Similar studies prove the 120 day blood cycles, that’s how long it takes to really deteriorate and lose all of your altitude and for your blood to go back to normal. If we can make it comfortable and sustainable there’s no reason why we can’t do it year-round and through doing that you should be able to have sustained increases in your performance.”

Are you getting any traction outside of Australia, any interest from overseas athletes?

RR: “Yeah, we do, we have quite a bit of interest. We have a UFC fighter, Cris Cyborg, who has been using our tents. While we’ve had some pretty good traction overseas, we’re interested in making sure we have a finished product that works really well.” 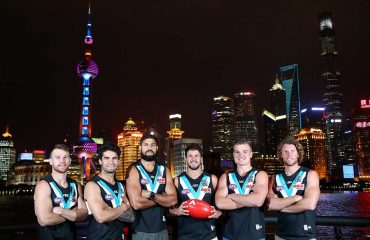 Andrew Hunter: “I Would Aim for Australian Rules Football to be an Exhibition Sport at the Next Home Olympics.” 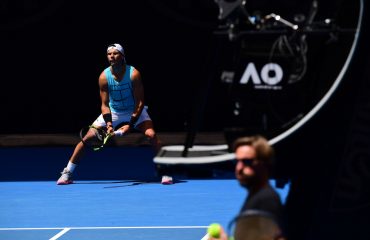 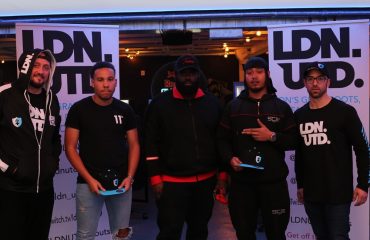