From a gamer into a fully-fledged career where he streams and commentates for two of Australia’s major sports rights holders, the transition into a new career for Nate Patrick has been rather unique.

He has already commentated two seasons of the E-League across Fox Sports and streaming platform Twitch and currently commentates National Basketball League (NBL) games on Twitch.

On the eve of starting his third season of E-League commentary, we got some insights into who Nate is and his current career across digital sports media.

Let’s start by getting into a little bit about what you do and how you’ve transitioned into commentary, streaming and very much the digital sports media space.

Nate Patrick: “I’m not sure if I have gotten there, if I can even define what getting there is. I am very much a trial-and-error, problem-solver type person, so I’m just trying to apply that mindset as I navigate the industry.

“Ten or so years ago, I played FIFA at the highest level in Australia, including matches in-front of thousands at the Sydney Royal Easter Show. However the FIFA Esports scene was still in its infancy, and certainly not something I could make a living from. So I kept playing FIFA while getting into full time work, and doing what I guess you’d say most people do – study a bit, do some courses, get a career but then three years ago, a new FIFA opportunity presented itself.

“I was working at Fox Sports as a business analyst, and would sometimes play FIFA in the break room during lunch. One day the Fox Football Producer came up to me and asked me some questions about FIFA, and eventually, realising I perhaps knew my stuff, asked me to be a commentator for season one of the E-League, which is where this new path of my career got underway. I found the experience absolutely incredible, with over two million people watching the E-League throughout the tournament, and I even started getting recognised on the street!

“So when the E-League season finished, I decided to finish up at Fox Sports to see if I could fully dive into this new, crazy world, and forge a career for myself.”

It’s a very interesting thing to transition like that. While it’s difficult if you had to give advice to anyone making that transition, what do you reckon a prospective person should be mindful of?

NP: “Number one is to look for your authentic entry into esports. There are so many ways to get involved, but you need to be authentic whether you’re a brand, a person, a company. There are too many people that just want to do it for the sake of doing it, without considering where they can add value.

“I used to be a FIFA competitor, and that was my entry-point, which helped me to inquire to develop further understanding – what does FIFA and esports look like in Australia? What do Australian competitors need to compete globally? Are there training facilities? Are there coaches?

“Number two is that I demand of myself to outwork anyone else in my field. I can honestly say I don’t actually have much of a social life – the last two years have been very much built around work. It depends on what you want – if this is really something you’re passionate about, you’ll have to make sacrifices.” What goes into your commentary preparation? Please tell me your process of making sure your research is developed, commentating with the flow of the game and knowing what to comment, how to comment, and the keeping up with the beat of the game itself.

NP: “To be quite honest, if anyone said to me, ‘hey this is something I’m looking to get into.’ My advice would be, ‘be prepared to play less games than you’d have played before.’ Doing any commentary you play less, and instead become an observer. So you’re still a participant, but not in the traditional sense. I’ve never played less games since I started getting into the industry because most of what I’m doing is watching games, watching players train and making notes as opposed to playing myself.

“When preparing for a tournament, I’ll spend anywhere from four-to-eight hours in a day watching footage, and making my notes.

“After that, I’ll look ahead to the potential match-ups the competition might include, and start working on a narrative to bring into match day. Who is the favourite? What have the past results been in this matchup previously? What are the competitors strengths and weaknesses?

“Then after the hard work is done, and you’re on the call, it’s about telling that story, which is obviously affected by the match itself. Did the game go as planned? Or was there a twist or two in the tale?

“If I can convey the journey, try and meet the expectations of regular-and-new viewers alike, while bringing an appropriate level of excitement to the call, I feel I’ve done my job successfully.”

A two-part question, what do you think has made the E-League a success in Australia and then how can it actually provide a boost to the A-League?

NP: “Football Federation Australia (FFA) and the A-League have the big advantage over most codes in Australia in that the teams and players are represented in a video game that is sold all around the world. Someone on the other side of the world can learn all about Western Sydney Wanderers for example.

“There are millions of people who are now aware of the A-League, not just in Australia, but around the world, because of the E-League – they’ve now seen the kits and players and so on.

“It might seem weird to some that there are people weren’t watching football to start off with, but FIFA instead, but that’s the reality, particularly of Gen-Z or anyone that’s being brought up in this sort of digital age – they may not have watched traditional sports, or gone to a live football game or watched sports on television. They would be hanging out on Twitch and watching streams of games such as FIFA.” Just focusing in on Twitch itself, you’ve hosted an NBL program (Three In The Key) on it and regularly stream games of the NBL itself. What have you learnt about viewers and audiences whilst you’ve been producing content on Twitch?

NP: “I’m always learning! The initial streams looked a lot like my 2K or FIFA content, with a webcam overlay, and lots of graphics. However, the expectation of viewers was that, if my commentary was to a professional standard, shouldn’t my broadcast mirror what you might see on TV? So I ditched the webcam and graphics, and added in an NBL statistics overlay, and most recently an Instant Replay feature, where we can review key moments in a game in real time, at their request.

“And that’s the key difference with Twitch – it is an interactive platform by nature, where people can chat with you in real time. This means I’ve evolved the stream over time, bringing in their questions from the chat into my broadcast, and then they can type and interact with me as a game progresses.

“The positive feedback has been completely overwhelming. My regular viewers are campaigning to get me into the NBL commentary proper, but for now I’m enjoying teaching new viewers about our league through Twitch, and the players and stories within it.”

We’ve touched on accessibility, interactivity and being closer to fans so finally, why should major rights holders consider Twitch as a part of their broadcast and digital strategy?

NP: “Regardless of where you’re sitting on the sporting spectrum, I don’t think there’s a reason why you wouldn’t consider it. If you’re a big sport already, the opportunity to increasingly engage with your fans, means that you can potentially bring casual fans and observers into loyal, stronger fans. The level of interactivity and ability for people to chat to each other on the platform means people stay longer on the platform as they interact and learn.

“For so-called smaller sports or leagues looking to find an alternative form of growth Twitch had to be a key option. You’re going to have exposure that you just cannot get through broadcast television. Any report will show you that people are consuming less television and more online, digital or live streaming activity than ever.

“Look at the way the world is heading. If you speak to your kids or grandkids and ask them what they’re watching, what they’re doing, you realise very quickly they’re not watching traditional television as much anymore. If you’re a sport and you want to stay relevant, I don’t know if there’s a choice there – you have to embrace, authentically, going digital.” 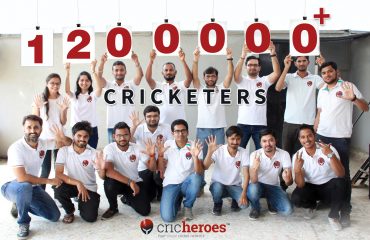 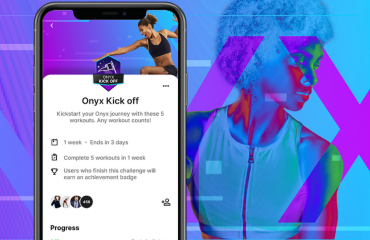 The Rise of Digital Fitness