“The Vision is to be the Most Relied Upon Tech in Cricket”: Peter George of Sportech Industries on Solving an Umpire’s Problem

“The Vision is to be the Most Relied Upon Tech in Cricket”: Peter George of Sportech Industries on Solving an Umpire’s Problem 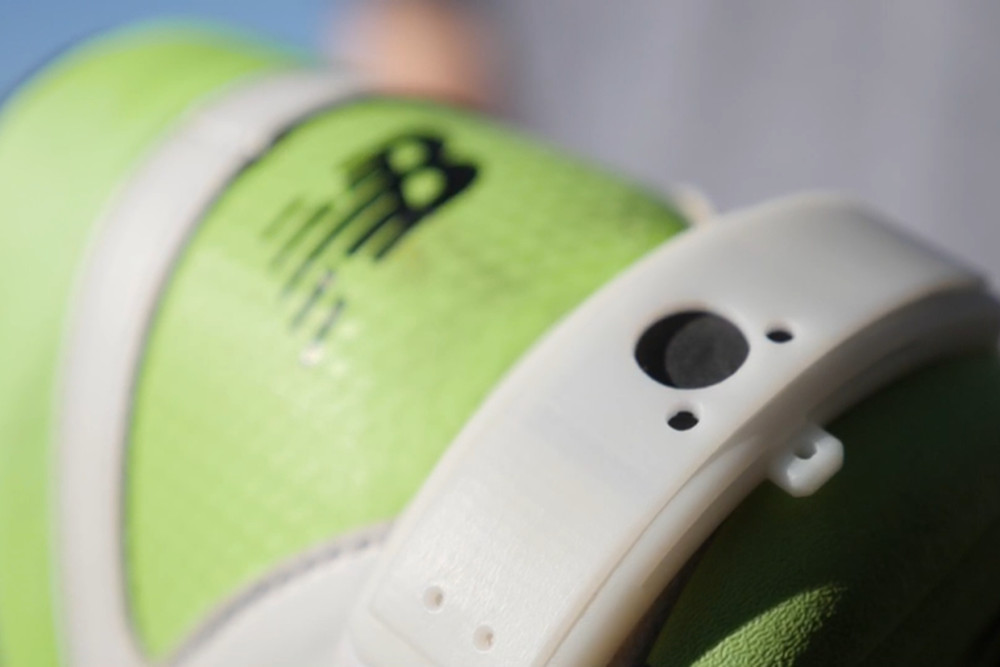 In a move to standardise cricket umpiring and to take the difficult, and sometimes controversial, guesswork out of umpiring front foot no balls, Brisbane-based company Sportech Industries is solving a fundamental problem of the game and in turn helping umpires make correct decisions every time.

The company has developed a sensor-based device called MyCall that is attached to a bowler’s shoe which sends automated, real-time signals to an umpire when a bowler’s front foot has over-stepped the crease as they complete their bowling delivery stride.

The testing of technology for front foot no balls has been trialled in the past and will be trialled again during the 2020 edition of the Indian Premier League and West Indies versus Ireland one-day international and T20 series, but they are relying on a specialist third-umpire to monitor this and communicate any no balls to the ground umpire. MyCall is tackling this problem through automation.

Former Australian test fast bowler Peter George, company co-founder and inventor of the device, talked about its creation as they develop the MVP and its potential to finally do away with a contentious aspect of umpiring.

Let’s get bit of the tech and the sensors that call front foot no balls. Describe the connectivity chain that drives your offering from sensor to umpire?

Peter George: “A good place to start is the no ball itself, some part of your foot needs to land behind the line, so we have a small device that sits on the back of the bowler’s shoe.  Wherever the foot lands, it sends a little signal and works out exactly where the foot lands, even if the heel was raised. It determines the landing location according to the laws of the no ball.

“An alert will be triggered so an umpire knows to signal a no ball in real time, as it happens. You can also do some other cool things with that signal too, in terms of triggering things on the broadcast, other stadium effects say if you want some lights to flash.

“The core of the product is once you’ve got that signal, to alert the umpire of any front foot no balls, that way they’re able to fully concentrate at the batter’s end and make better decisions.”

Describe the prototype testing as you go towards commercialisation.

PG: “In its most basic sense is the concept, you have to think, can I strap this thing on my shoe and run in and bowl with it? In early 2018 we had a proof of concept, where it was a big clunky device, slightly bigger than the size of the two AAA batteries in it, we just pinned it on to the back of the shoe. The process from there has been to extend the sensor range, that’s been a key one for accuracy and reliability, and then also the enclosures, so to have that shoe device now in a nice little enclosure that wraps around the back of the shoe and attaches a lot more securely. That’s the point we’re at now, the bowler is able to strap this thing on, run in and it stays attached at full pace.

“The real great news so far is even with our first iteration, it’s down to 10 grams total weight for that shoe device. The feedback we’ve gotten so far is the bowlers don’t even realise it’s on there. So that’s my proof, it’s one thing to say, you can’t even tell it’s on there, but when it fell off they didn’t even realise and kept running around. It’s one of those things where it’s not great that it fell off, but as part of testing that’s the sort of thing you want to be happening so you can question why and what can we do? That’s certainly part of the fun of it.”

It may be early, but what kind of potential markets can you target? This is pretty nimble, so you could see this being used at local club level all the way to elite levels.

PG: “The fact we can have this system used all the way down to club cricket, and able to be automated and become part of the furniture so to speak, it just becomes part of the way you play.

“My vision is in ten years’ time it is been marketed globally from the elite to those lower levels all around the world, the vision is to be the most relied upon tech in cricket. I reckon you’ll have people saying, ‘I can’t believe umpires ever had to do this, watch the foot and look up, in such a short space of time.’

“And yeah, so I guess in that sense, the market is around 300 million participants in cricket worldwide, we’re certainly not expecting to have all of that, but certainly we’re looking at what level, how far down this would realistically have benefits and be worthwhile for those governing bodies to spend the money on. And we’re not even talking about the extra benefits of all that workload management data.” 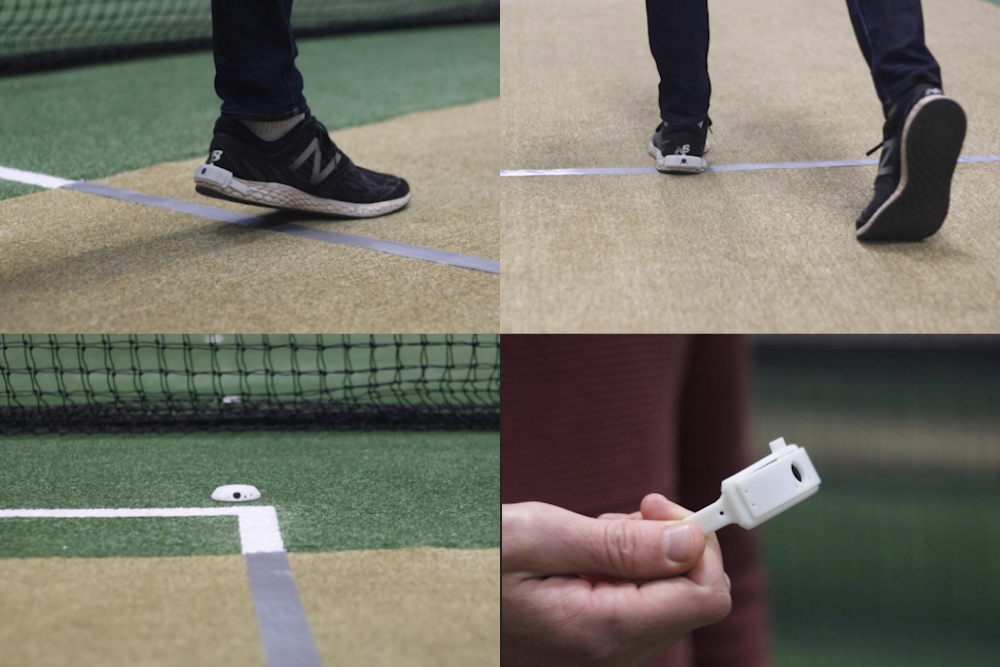 So you could also measure the force of the heel strike, the heel impact, is that something your device can get a sense of as well?

PG: “We’re talking about fast bowlers here landing at something like 10 to 12 times their body weight, so 12g is the deceleration force. The cool thing about what we’re doing is not only the no ball part, but also the sensors actually measure that as well. We can provide a whole other level from the sports science point of view.”

The sports science and the additional data that is produced is of course valuable.

PG: “It’s interesting information and has value because fans are already been given more interesting data in current broadcasts and we could do the same. ‘Wow, Pat Cummins just hit 13g, that’s a high intensity delivery, or the wicket must be getting quite hard now, in the fourth day of the test match,’ as an example. The kind of data might be able to give people a measure of whether a bowler’s intensity is dropping away because they’re not hitting the crease as hard anymore, interesting kind of things like that.

“It especially applies to rehab when coaches and physios are interested in managing the tempo that a bowler’s bowling at, so from a rehab point of view it’s very important. You can monitor and manage the way you come back to full pace. When I’ve gone through rehab in my career, the physio says, ‘okay in today’s session you’re bowling 30 balls at 60 per cent intensity – ok, sure! I’ll program my internal computer! How do you actually do that? it’s nearly impossible.’ Certainly across my career there’s been times where I’ve thought, ‘man if I had something like this giving me the right feedback.’ I’ve had times where I’ve re-injured myself because I’ve gone too hard too early or vice versa. The same thing applies where it’s like, I need to be ready to play a test match or a shield game in five weeks’ time, what do I need to do to get myself to that point?

There seems to be guesswork there, we don’t know how much force a fast bowler is putting down each and every session or match anyway.

PG: “That’s right. The g-force measurement of 10 to 12 times your bodyweight figure comes from force plate testing in a lab environment. The rehab story I was telling you, the science is there in terms of how we should manage workload, what we don’t have is a measure in terms of how we are managing workload, from a ball to ball, on-field or in game situation – to ask questions about what intensity level was that ball? That part is very subjective at the moment and that’s what I’m excited about, providing objectivity around that.”

How is the capital raising going?

PG: “I think I was lulled into a bit of a false sense of security. We raised some capital in early 2019, I guess what you’d call pre-seed capital, and that was on the back of some news coverage we got.

“Whereas this time we’ve gone more of a traditional route, so we’re just encountering the usual process of raising capital. Relative to the first time it’s been a lot more difficult, but relative to everyone else it’s been going very well. Now that cricket season is in full swing, there was controversy at the first Test between Australia and Pakistan at the Gabba about front foot no balls, all of a sudden interest increases sharply again.”

What does growth look like now over the next twelve months? You complete the prototype and get yourself enough funding to have a good runway.

PG: “Certainly a big part of the next twelve months is developing the next iteration of the prototype. It’s beyond proof of concept now, it’s now a matter of integrating it to the point where it’s ready for televised cricket, that’s the target, to be ready for televised games by next summer. Realistically that’s not going to be international televised games, it’s going to be at a domestic level, something like the Big Bash League is a good target for us.

“To get there there’s quite a lot of iteration of the tech that we have, like I mentioned that shoe device, keep iterating it, make it more secure and bowlers being able to run around and slide in the field with it and have no problems at all, even getting it whacked by a ball. Also, the ground devices, getting them flush into the ground is part of this next phase. Finally, general accuracy and reliability improvements need to be done, so we have to have enough capital behind it to fund it all.” 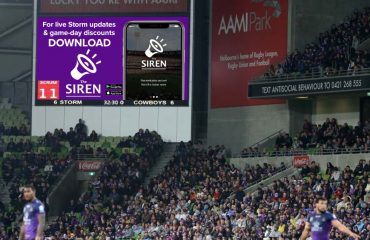 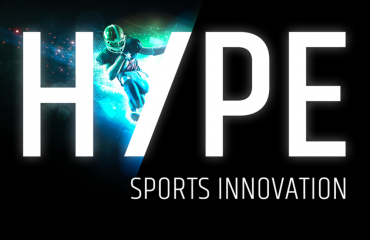