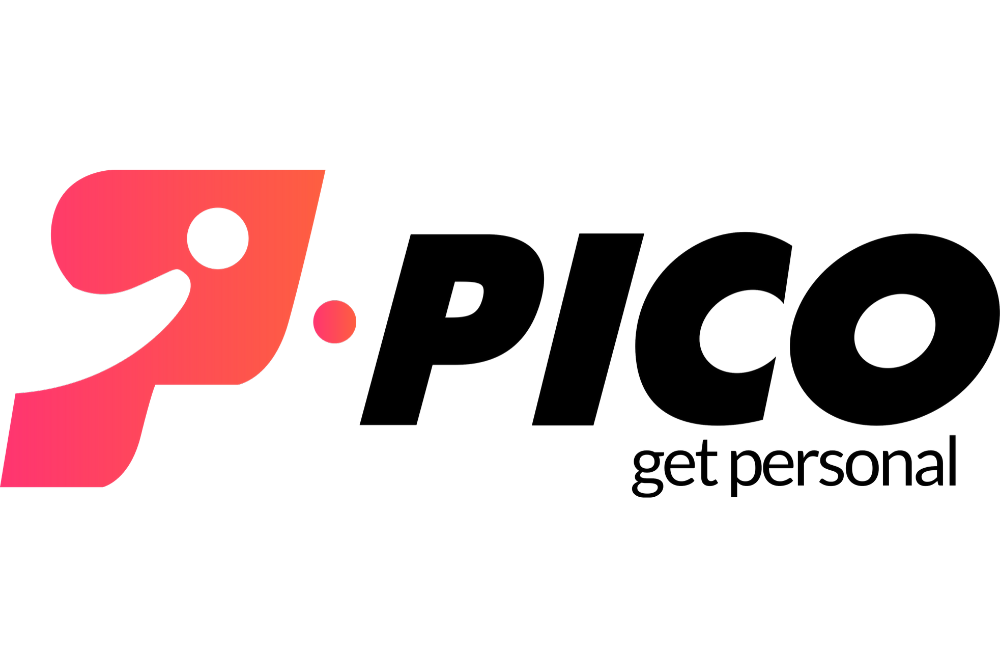 One of the big challenges for all teams is to get a full picture of their fan base. Who follows them and where from?

The problem with having so many social media followers is that they exist outside of a team’s direct communication channels which can make it seem like those fans and followers are a bit anonymous.

By funnelling their followers into a team’s channels, a team can get richer data about their fans, build more relationships and expand communications with a greater variety of fans, ultimately knowing more about each fan to provide better experiences.

In this conversation we spoke to Pico’s VP Strategic Partnerships Yaron Talpaz.

Pico recently completed a US$3 million capital raise, very briefly what is Pico going to be doing with that injection of capital? What is that going to accelerate?

Yaron Talpaz: “We’re very happy to have completed the funding, especially during these times and get capital secured. This round was led by Silverhorn and RSBG Ventures. I think it was nailed and done once they saw the traffic we drove and the additional clients and teams that joined Pico.

“The funding is there to help us grow almost in every aspect, so we’re going to invest on the product side, improve the interface for teams when they’re working with our platform and then using our dashboard to make everything more automatic. We’ll boost our sales team, we currently have people in Europe and the US, but we’re also looking at Asia, Australia is an interesting market too.

“We’ll also look into other verticals, it doesn’t have to be just sports. The reason we’re focused on sports is because fans are so engaged by nature already. What we always say is that we’re sort of riding the waves of the teams, they know how to bring and create that engagement, bring the fans in and we help them with cool content and fun experiences. At the same time, we help the clubs identify their fans and get to know them so that they can have a better relationship with them. For example, there’s no point offering tickets to someone who’s a season ticket holder or to someone who lives in another country.”

I always find it interesting that companies can validate in sports, like yourselves, but it actually has a lot of interesting promise and utility across music, brands and other creative and fan-based organisations. Because ultimately, it’s still fan engagement, and you’re still trying to pull in social media fans into company and brand databases.

YT: “That’s correct, and yeah that’s probably the most unique aspect here, tapping into that anonymous social fan base that everyone has and sort of disrupting the old school notions that social media is all about likes, comments and shares. What we’re saying is that was the case five plus years ago, that’s in the past, now you have to focus on how you’re leveraging that into your business objectives, and at the same time, really providing a better experience for your fans and followers. So it’s not just about your own brand’s or team’s bottom line, it’s also how to be more relevant for your fans.”

The siloing of fans is interesting. There are those who directly engage with the club as opposed to those that just follow a club’s social media channels. I might follow, like or share something on social but I’ve never actually actively participated in anything the club has done. It could be a digital activation as well. What percentage of fans may follow a team on any particular social media platforms that have actually never engaged with the club directly through say purchasing merchandise or a ticket?

YT: “That’s a great question. I think there’s definitely percentages there. The distinction we’re making here is those fans that have transacted with a team, through buying tickets, merchandise or signing up for a newsletter are typically only 10 per cent of the fans. Teams think that’s their core and they should be focusing on them. Of course, they’re important because they’ve already purchased something and they’re active in that way, but they’re just 10 per cent.

“I worked for Maccabi Tel Aviv Basketball Club as their Chief Marketing Officer. I used to say the diehard fans are the season ticket holders. So that’s one circle. Then there’s another circle of those who buy single-game tickets and then another for those who are on the newsletter/membership lists. Then you’ll have the wider circles that are following the team across social, that are going to watch the games on TV and then even a wider circle, those who are only going to watch when the team is doing great and everybody’s talking about them. The whole idea is to grow each circle, but also get more fans closer to the centre.

“Just that number, think about it, 10 per cent of your fans is what teams are mostly focussed on and there are 90 per cent that are out there on digital. That could mean hundreds of thousands, millions and even double-digit millions for some teams. What’s happened during the COVID crisis and where we’ve seen enormous success – because we’ve doubled the teams that we work with during these past two, three months – was all of a sudden teams understood that they have a problem. They only had data on their transactional fans. But actually, it’s not as big a problem as we think because most of our fans can’t attend games anyway. So, if fans can’t attend games, that’s okay, let’s just start dealing with them directly.”

The digital activation aspects, digital content, is an even more necessary proposition going forward. As you’ve mentioned Pico has doubled in business during the last few months, what kinds of feedback, why were clients attracted to Pico? What was the proposition?

YT: “I think the main proposition is the one that I just mentioned, turning some of those 90 per cent fans into the other circle of identifiable/identified fans.

“What happened during COVID is that teams were looking for cool content. There weren’t any live games, so they didn’t have that as a method to share new content. They were doing trivia and voting games for example, anything to engage with their fans, and we have those exact games and more that we’ve noticed get great engagement.

“We say instead of just doing ‘useless engagement,’ which actually means no data capture, no relationship building, we say work with us and build something for both the short and long term. With us, it can be data rich, you can have voting on videos that you’re looking at, while having a direct conversation with the team. You can have images, gifs, videos, ‘guess the player by silhouette’, and not just on a generic post. The content side is just so important.

“Another factor that helped us is that in general, teams all of a sudden have more time on their hands. That’s always an issue because many sports teams are understaffed, and struggle with bandwidth for new technologies, especially when they’re moving from game to game. All of a sudden, they’ve had eight, 12 weeks to think about their strategy.

“Then the next important thing is their sponsors. Team sponsors have been frustrated, without the real estate to get their logos out there and that’s when we’re talking about the simple brand exposure type of activation that most of these sponsors are having. I think in the past teams were thinking ‘oh, so we’re selling a package to a sponsor, and they’re going to get their name on the LED screens, maybe on the jersey, and you know what, let’s also throw in something on the digital side.’ Now all of a sudden, it’s not a ‘throw-in’ or ‘add-on’, it’s essential and could be something that actually drives business to the sponsor as opposed to just having the logo on the screen or shown on TV.”

YT: “This is a quick example; say a match is being played and let’s assume fans are in the stadium. You want to do something for one of your sponsors where fans are voting, a ‘man of the match or MVP.’ In the past, teams would just pick someone, attach a sponsor logo to it and then you’re done. The next evolution was having fans vote in stadium which is cool but then why not take it digital where you’ll include all of the fans watching from home. Now even more so, not being able to attend games means that through digital, more people can vote and participate as well as be exposed to the brands.”

With digital it’s limitless, and one to one. That’s your competitive advantage, or one of them anyway. So, how do you work with clubs that really do you just you work with clubs to kind of develop any new ideas? Or is it all about just making sure the data capture really works?

YT: “I think what’s going to happen eventually is that clubs could actually become closer to being ad networks working with us. Let’s take me as an example, I’m interested in running and I’m also a fan of a basketball club and one of their partners is, let’s say, Nike, but they also have partners that are going to be the headphone partners and other industries, say airlines and food.

“I’m going to get served an ad at the end of a trivia activation, say an ad by Nike for one of their running products, and I might get a food ad too. So I think that’s where you have one campaign and people get different sponsorship and advertising offers at the end of it, not just content. It’s teams, getting to know their fans, in terms of the relationship with the team, but also on a personal level to be able to offer more relevant sponsorship, advertising and of course, content.” 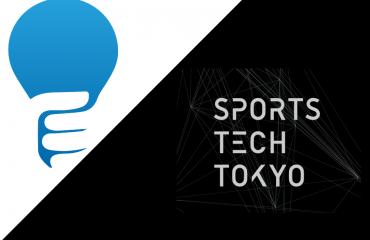 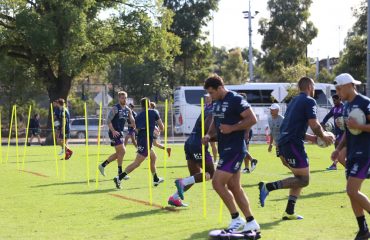 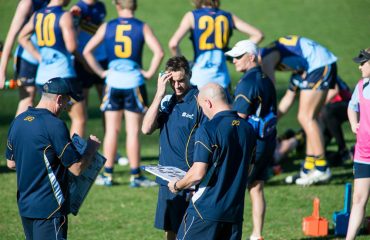 Participa8 Aims to be the Platform to Simplify Grassroots Coaching