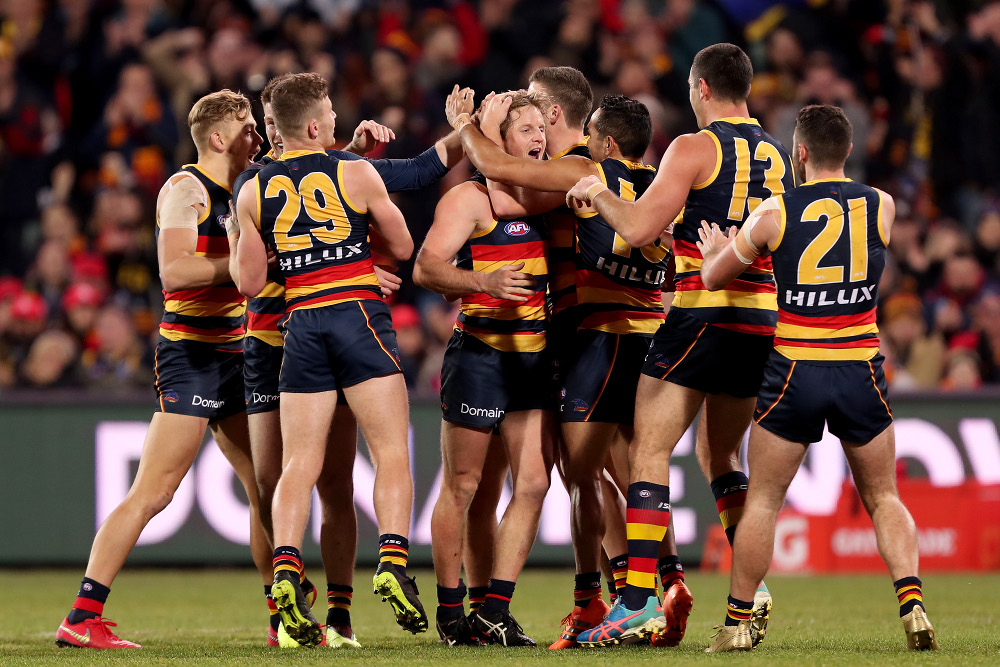 In total the state’s footprint across four channels tracked by commercial sports consultancy Shunt is over two million with the 2017 AFL grand finalists contributing nearly a quarter of that. 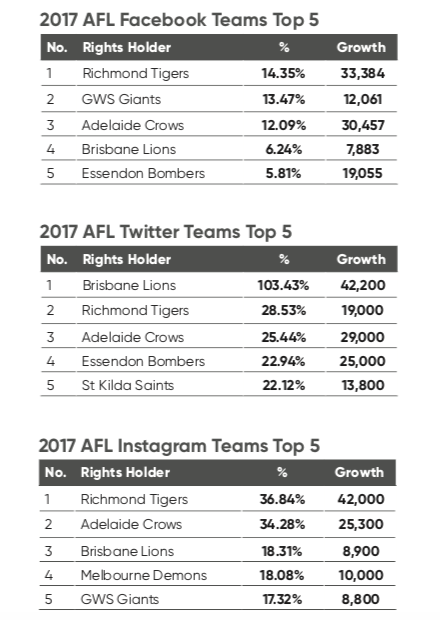 Between March 2017 and March 2018 the Crows grew their combined footprint across the four channels by over 16 per cent. The highlight being their Instagram followers increasing by over a third (34.28 per cent). The club’s growth mirrored their 2017 grand final opponents Richmond – who grew by over 18 per cent in the same time – putting forward the notion that the grand final effect is real and a deep run in the finals draws more fans to your social media platforms.

The club’s AFL, AFLW and SANFL team’s messaging goes through their only Facebook, Twitter, Instagram and LinkedIn accounts. No splitting up teams across different platforms, all messaging under the one umbrella. This may be another cause for such a huge surge in social media growth, with the success of the club’s AFLW team another catalyst.

Describing the club’s voice across its social media and digital channels, Kieron Turner, the Crows digital engagement manager said. “It’s energetic, entertaining, friendly, positive and professional, they’re probably the key ones so it’s all encompassing across our key platforms.”

Turner added the voice can slightly change depending on the team and platform.

“There is a bit of tinkering. With AFLW there’s less scrutiny on the players and the audience response is warmer, so you can be a bit more relaxed.”

“With the women’s team you’ve got a bit more scope to focus more on those energetic, entertaining elements,” he said. 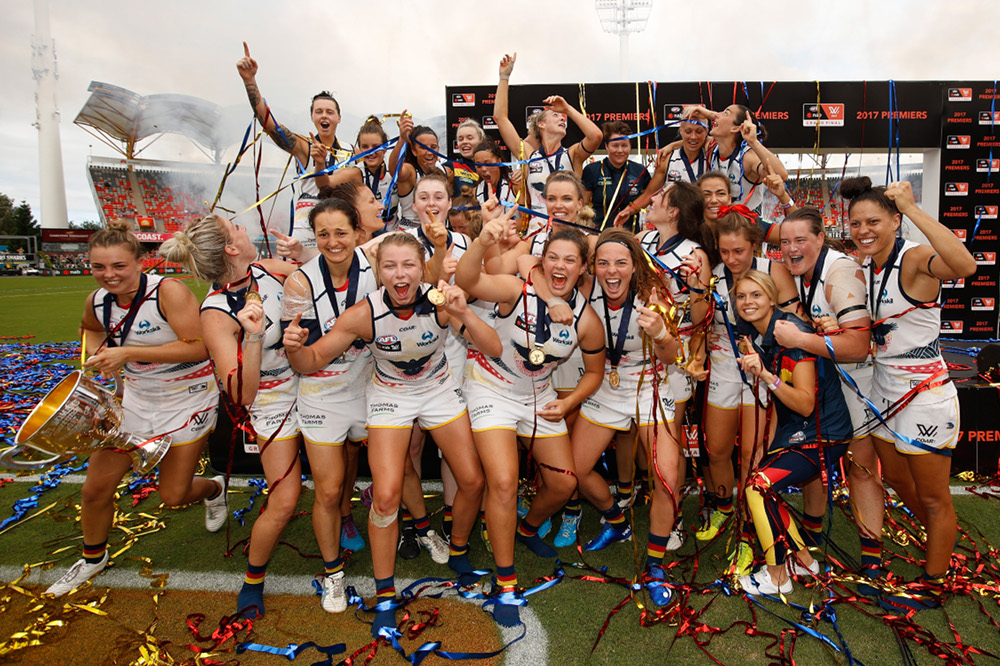 Fast forward to the end of July and its grown by a further 4.2 per cent, an increased footprint of over 17,000 followers cumulatively. The Strikers has surprisingly had a 5.27 per cent increase in fans across their platforms in that same time, during their off-season, but has the fortunate advantage of an internationalised sport.

Putting together an AFL Premiership table of social media audiences, the Crows are outperforming much of their league counterparts ranking fourth in the league just barely ahead of Richmond.

The grand final effect may be a contributory factor in the Crows overall growth in 2017, as is the case with Richmond, but it’s engagement with fans that is more of a signifier that the people are connecting with the club’s content. Turner talked about the spike in engagement during their finals campaign.

“The interaction on Facebook over the last two weeks in September last year pretty much doubled what they were for most weeks during the year, if not more. Grand final week, we had well over 600,000 interactions with our content across social media. It was a massive opportunity for us to connect with our more casual fans who might not be on board with us all year round but when the team is on a great run we do have a wider appeal,” Turner said.

“We had the whole of Adelaide engaged during the finals campaign. As clubs get eliminated and goes down to the final two, the focus is on those two clubs that are involved, what they’re doing and how they’re preparing. People are watching around the country and you just have to harness that positive sentiment. We did plenty of content to fit with that strategy, hype reels, a lot of visual content and a lot of user generated content to engage passionate fans.”

Reflecting on the pieces of content that has been successful in the last 12 months Turner brought up the success of a very fresh piece that was rather close to the club.

“We recently did a Rory Sloane re-signing video, we had a camera when our coach (Don Pyke) told the playing group the news. As you can imagine when the news came out about a much loved member of the playing squad, the reaction from the players in the room was incredible. It was a five year contract extension so the players went into ‘five more’ chants in the room which was amazing to see,” he said.

The video outgrew the confines of the club. “At the Adelaide Oval the next night the fans are chanting it, that’s a pretty amazing thing and it was one of those videos that extended well beyond the club. A lot of AFL fans would have seen it across external media platforms across the country or across social media,” Turner said.

As user growth across Facebook and Twitter shows signs of softening, coupled with Twitter actively purging fake, spam and bot accounts, new challenges lie ahead for any elite sporting organisation in growing their digital and social media audience and finding the most effective platforms to speak to their fans. After a surge in social media audience growth through 2017 and into 2018, Turner said the Crows are not alone in adjusting to the disruptive changes by Facebook and Twitter.

“Facebook and Twitter growth has stagnated across the board in 2018 for most Australian sporting teams and some teams have even gone backwards. We’re also battling with declining attention spans and countless other entertainment options, as well as the changing algorithms on each social network, which means our content strategy needs to adapt accordingly,” he said.

“We’re continually exploring new platforms and technologies to engage our fanbase, but know we have to meet the fans where they are. This is a big reason we’re investing a lot of energy into Instagram which I see has huge potential for growth and fan engagement over the next 24 months.”

Maintaining growth and engagement is a continual challenge within the confines of Australian Rules football but the Crows have made moves to expand outside of the footy realm.

With the club acquiring a majority stake in Australian Baseball League franchise Adelaide Bite in June 2018, along with their ownership of Legacy Esports team who competes in the LoL Oceanic Pro League, the potential to find new audiences and grow their footprint beyond the Australian Rules football landscape is a huge prospect as the club considers ways to grow and appeal to new demographics outside of it.

“There are a number of factors and challenges, but strategically we know it’s important to diversify in order to grow our audience. Every day we try and grow the club to make it bigger and better, and an extension of that has been seen recently with our investment into esports and baseball,” Turner said.

“These acquisitions open up potential new audiences not only demographically, but also geographically through the Americas, Asia and New Zealand where there is strong support for these sports. It’s still very early in the piece, but we’ve seen some positive outcomes already and hope to see more rewards when the ABL season starts later in the year.” 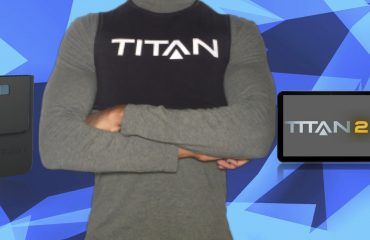 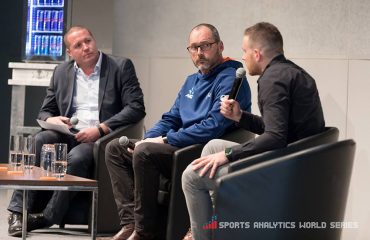 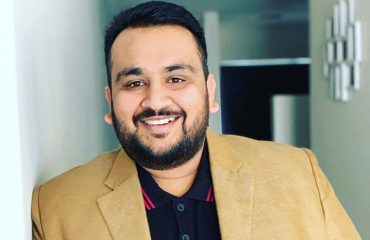