Working the ‘Long-tail’ to Improve Your Sports Social Rank

Working the ‘Long-tail’ to Improve Your Sports Social Rank

Massive follower numbers and the sizeable gaps between the major players at the top of the 50Mil social media rank translate to little if any future upward movement. For those at the other end of the spectrum though, there’s plenty to gain for relatively little effort by leveraging the ‘long-tail’.

Accumulating more than six million Facebook followers as cricket has done (just one of several accounts in their portfolio) is realistically beyond the reach of any sport. While a few major players exist in the rarified atmosphere of a million plus followers, the ‘tail’ of sports with a lot less is long. This means as little as a few hundred extra followers translates into substantial gains in the 50Mil national ranking. 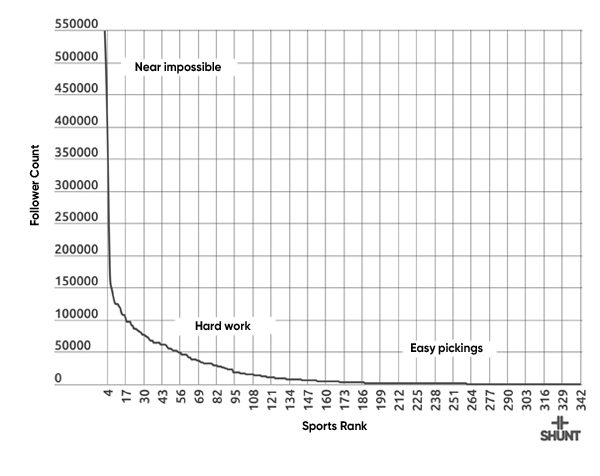 The 50Mil Instagram (follower count and rank) graph illustrates how long, the long-tail is and how the cliff-face gets progressively harder to climb as you get close to the summit.

If you are a late-comer to the social media party (it’s actually never too late) and were to establish a Facebook account today what would it take to make some solid in-roads into your national rank?

Just 1,000 followers will move you up 174 places, putting your sport up with Judo Queensland and two Special Olympics accounts (SA and NSW/ACT).

5,000 Facebook fans will get you to number 318 with a gain of a further 237 spots, with GT motorsport team Maranello Motorsports, Swimming Victoria and Motorcycling SA in your sights.

At 10,000 you’re up another 93 to number 225. There’s a couple of major venues operating in this range – Hisense Arena in Victoria and Domain Stadium in WA.

If you can keep scaling to 50,000 there’s a further 112 other sports you will have passed. At these kind of numbers you’re mixing it with some high profile nationally franchised teams such as the Central Coast Mariners (A-League) and Melbourne United (NBL).

Getting to a six-figure follower count on Facebook is a huge achievement. By making it to 100,000 you’ve climbed 24 places and are now alongside V8 Supercar team Erebus Motorsport, the SCG and Gold Coast Suns (AFL).

Too much never enough? Breaking though the half million barrier represents another 71 places on the Shunt 50Mil rankings and puts you between Melbourne’s two biggest teams on Facebook – the Storm (NRL) and the Stars (BBL).

Got what it takes to make the magic million? Only six sports rights holders have achieved that feat but to get any further you’ll need at least another 200,000 followers to catch Holden Racing. Double that margin again and you will be bigger than the NRL. 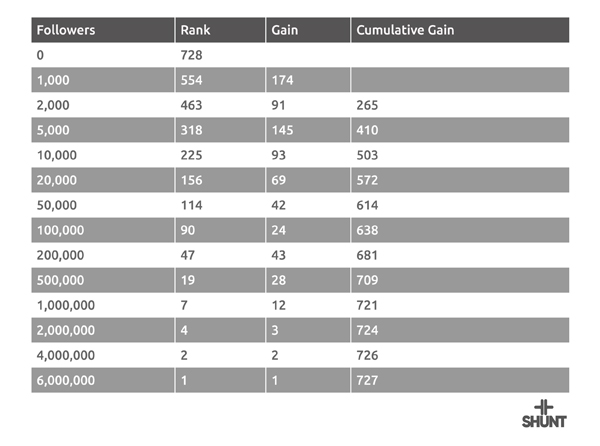 Starting from ground-zero 1,000 Twitter followers would get you from number 458 to 309 (up 148) in the rankings landing your sport between BWA (Bicycling WA) and Gymnastics NSW.

By the time you reach 5,000 on Twitter you will have risen to 166th and passed 143 other sports in the process. Immediately ahead of you are two ABL teams, the Sydney Blue Sox and the Perth Heat.

Moving onto 10,000 we’re dealing with diminishing returns as a doubling of followers only translates to an extra 35 slots as you claim number 131. By now you would have passed Super Netball side the Adelaide Thunderbirds and will be knocking on the door of another big-name sport from South Australia – the SANFL.

Looking to 50,000 you’re moved 46 places and getting close to the top 50. St. George Illawarra (NRL), the Gold Coast Suns (AFL) and F1 Australian Grand Prix are tightly packed and within reach.

Pushing past the 100K barrier you now have the 16th largest Twitter following in the country tracked by 50Mil having passed 441 from humble beginnings. Now you’re up against some major players with V8 Supercars and Collingwood Football Club the next challenge.

At 500,000 there are only three accounts bigger than yours. The AFL, Cricket Australia and the sole member of the million plus club – the Australian Open (Tennis). 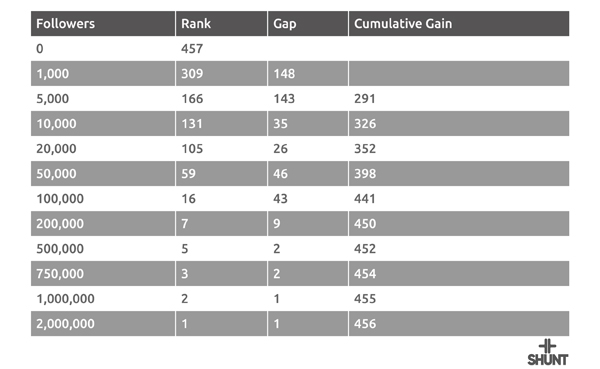 Instagram currently has the fewest number of sports accounts of the big three (342). What it currently lacks in numbers it more than makes up for in growth. In the first quarter of 2017, 50Mil data has shown that Facebook grew by 2.9%, Twitter 5.3% and Instagram an impressive 7.6%. If building an audience quickly is what you’re after then Instagram is your go-to option.

Starting from nothing (343) by the time your sport has reached 1,000 Instagram followers you will have passed almost 100 other sports including Athletics ACT and Motorcycling Australia with Golf Queensland in your sights.

At 5,000 you now have a national ranking of 159 with a further 86 sports trailing in your wake. All you need is another 200 Instagram fans to challenge V8 Supercar team Lucas Dumbrell Motorsport, the ABL and the Victorian Institute of Sport.

Doubling that figure to 10,000 gets you another 30 spots to number 124. Super Netball side the Giants, Athletics Victoria and Surfing Victoria are within reach.

By the time you hit the 20,000 follower mark you’re one of the 100 biggest Instagram accounts in the country. You’ve moved past Cricket Tasmania and are looking to challenge V8 Supercar team Prodrive and then Swimming Australia (Dolphins).

Moving onto 50,000 you’re sport is just outside the top 50 having overtaken 39 other sports. Now you’re up against some of the biggest teams in the nation including the Gold Coast Titans (NRL), Melbourne City (A-League) and Penrith Panthers (NRL).

Hoorah! Welcome to the 100K club. Ranked 18th its getting tougher all the time to make any headway but a gain of ‘just’ 25,000 would get you inside the top ten on Instagram nationally. First though you need to overhaul the West Coast Eagles, Melbourne Storm and the V8 Supercar championship.

At half a million Instagram followers you’re now on the podium having just passed the AFL. Only Cricket Australia and the Australian Open to go….. 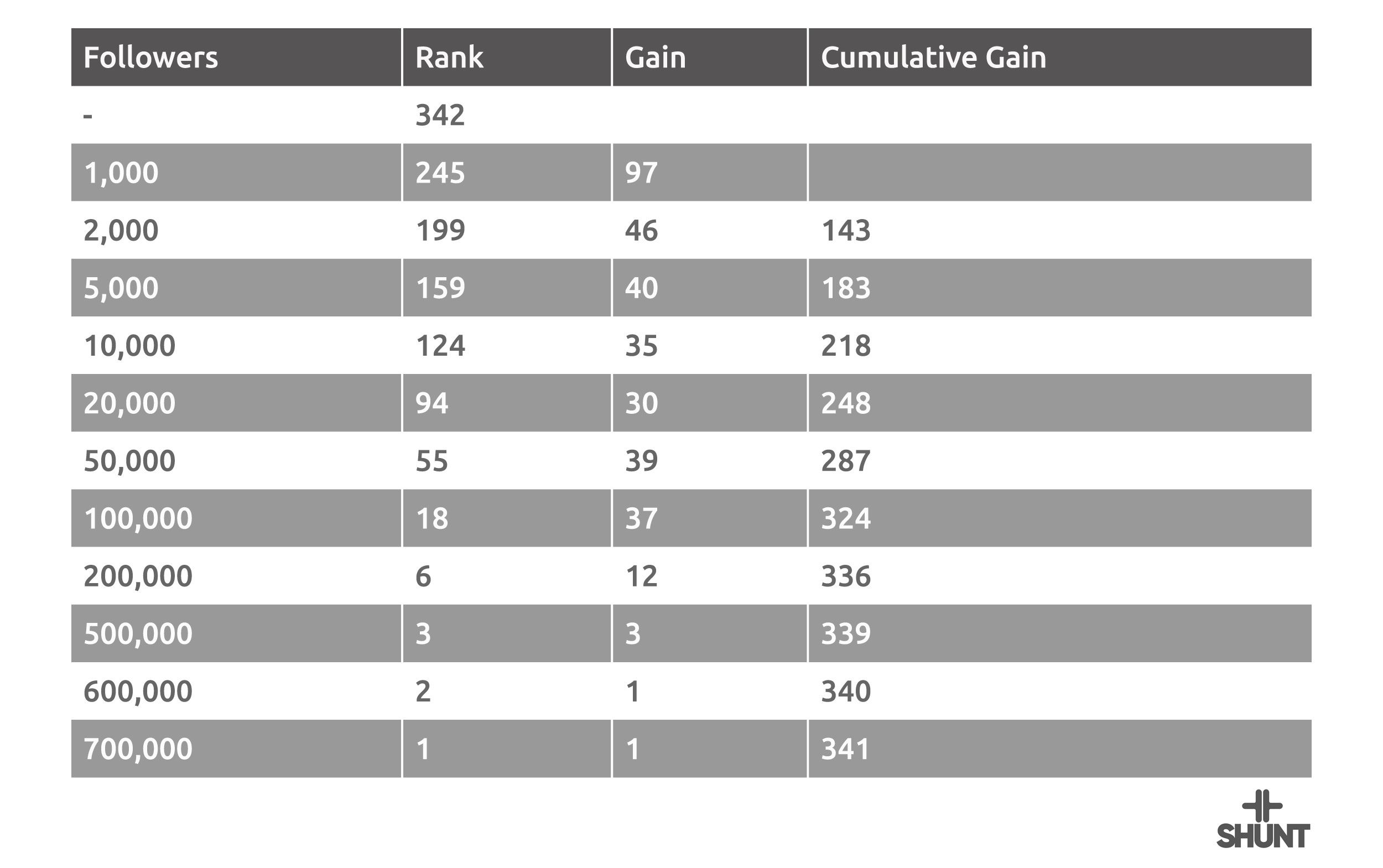 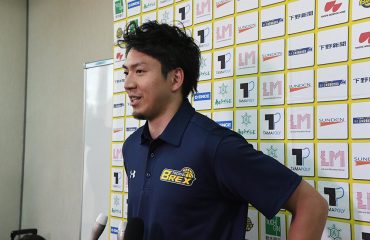 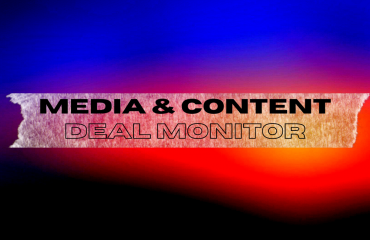 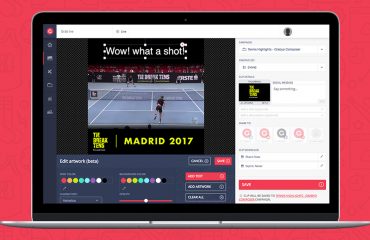