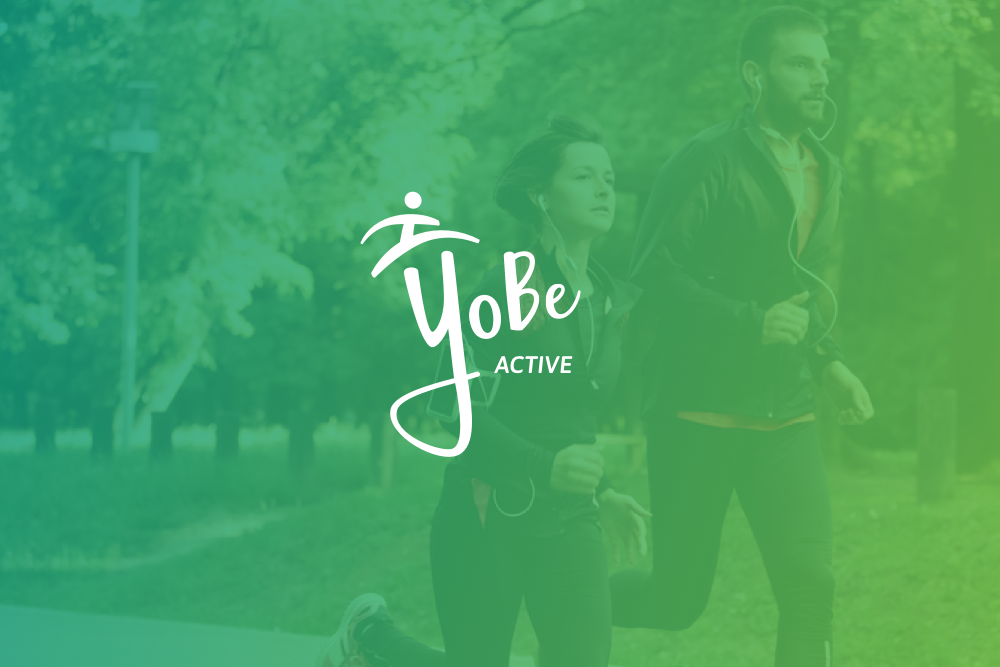 Jolted to make a healthy change in lifestyle coupled with the frustration of poor information and a lack of detail led Robbie Wallace to start YoBe Active.

YoBe Active’s platform is simple, it’s an app where users can create their own race meets, running groups and events. Functionality extends to being able to search and find events anywhere and have up to date information across endurance sports, triathlon, cycling, running, anything that gets people active all inside one platform.

Clubs and governing bodies at all levels can benefit too because they advertise events and build their membership base to a likeminded group of people.

The goal is to bring all of these active people together to make finding and participating in active events simple, however, the motivation is to positively impact the health of the population.

Robbie Wallace: “I guess it came originally from the fact that I decided to get into triathlon as a little bit of my own redemption story. I used to be a reasonable rugby player, pretty decent all-round athlete in a number of different sports, and then I had a really bad knee injury and multiple operations because of a rugby injury. Then I went through the middle age phase where I sat behind a desk and I just wasn’t moving and becoming increasingly unhealthy. It got to the extent that I was smoking 20 cigarettes a day and when I was playing cricket on the weekend, I was smoking up to 40. I would say triathlon pretty much saved me.”

Amazing, yet you gave yourself that jolt.

RW: “It kind of reached a point where you either continue down that path and you start having really serious health implications or you make a change. Fortunately, I did. The right switch went on in my mind, I took up triathlon and it turned my life around. Yet what I found was an awful lot of frustration when it came to trying to find people to train with and finding the right clubs to join, even the right races to attend.

“So I was living in Yorkshire at the time and running races for much of the year wasn’t an option when it’s very cold, wet and miserable and you don’t want to be swimming outside anyway. To find the right events which are going on were all on small, bespoke websites. When I found interesting events that I wanted to train for, I just had no way of getting in touch with the organisers or a decent way of finding them.

“So it came about a little bit from that when I was in the UK and then when I moved across to Australia, I was completely new in the community, I didn’t know anybody and I wanted to find a good triathlon club to join. I looked at the state based governing body’s websites but I didn’t really get the information on training locations or the type of training. I joined a triathlon club yet I never attended a single session as the training locations were too far away.

“All of those frustrations led to the functionality that I have tried to put into YoBe Active. It’s very much about solving the problems that I’ve encountered but I don’t think I’m unique in terms of those problems.”

What are the barriers to participating in activities and events?

RW: “I think there is a whole number of different barriers, the different groups of people. One big one is people worry about how they’ll be perceived and whether they’ll be out of place exercising with a certain group. I think trying to provide something where you can set levels for people and they can clearly state that they’re beginners, that sort of stuff within the activities is really important.

“Then it’s just about usability and finding good information. When you are searching you could go to one state’s website, but then if you move state, say Queensland, you will probably go to a completely different website to find the clubs there, and their website will look very different. It just becomes a little bit messy. You might be into cycling and triathlon, you go into a completely different state body or governing body to find that not every club is affiliated.

“So there’s some clubs which don’t respond to website requests. Very soon it becomes a complete mess, some don’t have contact details, some have contact details which have not been updated. There is the need for single source of truth, and by building that, building a robust directory, it can really help people.”

RW: “It’s also just trying to put all the information in one place. So whether you’re interested in swimming or interested in running, cycling, triathlon, whatever it may be, finding and joining a club and a website that you can look at, an email address that you can send an email or two or phone number to ring so you can get more information. I think people are prepared to ask questions from a keyboard if there is inspiration but sometimes it’s difficult to find where to send that information to or get answers.

“If you can pull that information together, make it really easy to the extent that they can scroll, browse and explore without engaging first, so that they can see everything which is going on. Then after a period of time they can go, ‘actually, I’m going to ask this question, I’m going to email this club,’ or ‘there’s a running group which is slated for absolute beginners, I’m going to go along, I’m going to have a look.’ But you can provide a platform where they can look or ask and then take that very first step, whatever the first tentative steps may be. I think you go a long way to overcoming those barriers to participation and that’s really what I want to try and build and create because if you can, then start them off, then keep them involved, then build towards a specific event, I think you’ve got something which can have a real impact on society and help a greater populace and that’s something very inspiring to me.” 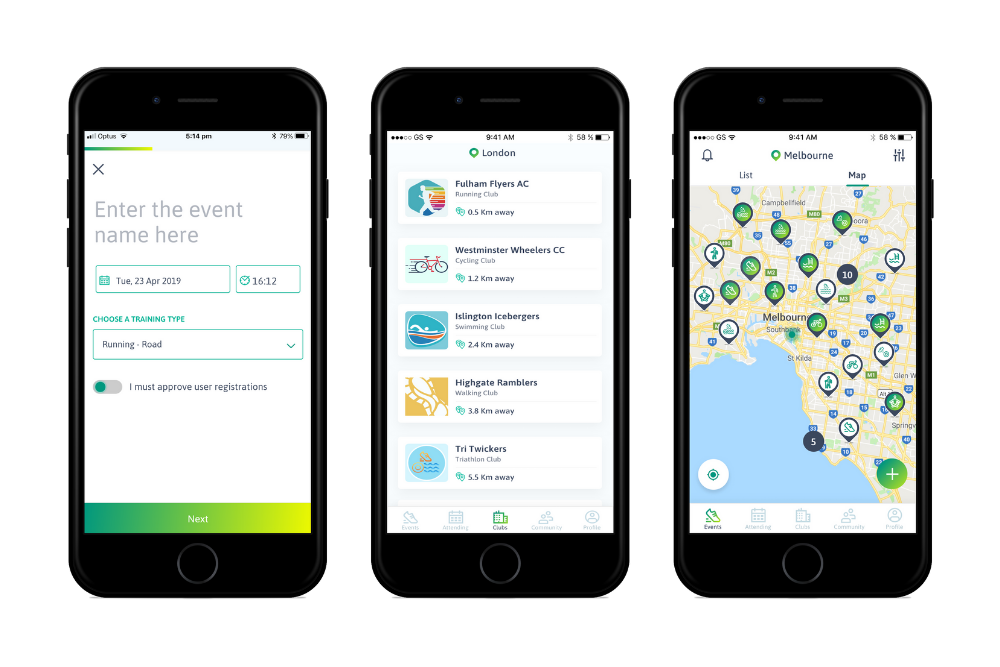 You’ve soft launched the platform, so you’re in the beta phase?

What’s the early feedback been like and what is the user base of your pilot testers?

RW: “Clubs and users have both been very receptive about the whole concept and the app, and the clubs really love the free marketing because they can reach more people and get new members.

“Of course the early days trying to get traction there’s a lot of hard graft because I’ve had to contact groups and organisations to demonstrate what I’m trying to do and why. The reactions have been really positive and it’s reinforced why I’m doing it because clubs are struggling with their membership levels.

“I’m trying to build something really special and that is building a robust directory of up-to-date personalised club details.”

What are some goals that you are focusing on achieving in 2020?

“I want to take the time to get the content right within the app so that the first impression is really rich for the individual users.

“I think if we have that, we’re in a very strong place. In the middle of 2020, I want to be starting the launch within the UK and the US. So that the club directory and much more information is aggregated to the point where we are a really serious resource for people.” 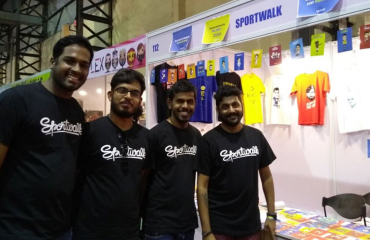 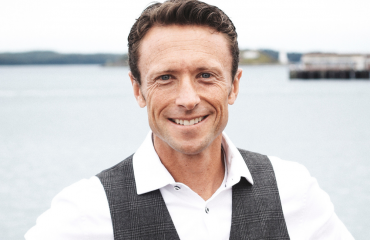 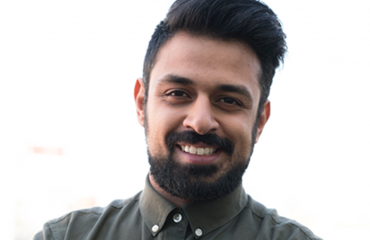